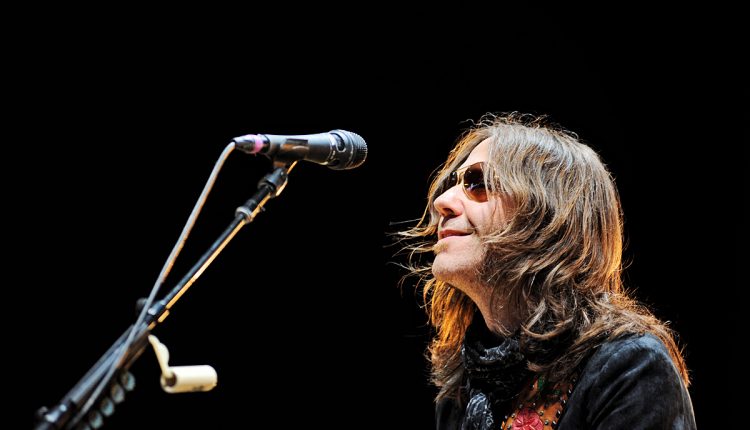 Blackberry Smoke made CMAC in Canandaigua, NY “Rock and Roll Again” when their Spirit of the South Tour rolled through last Saturday. This tour supports their latest album You Hear Georgia and marks the milestone of their 20th year as a band.

Fans were eager to gather and enjoy music in a live setting once again. You could feel the excitement from the crowd as they all filtered in early for the 6 p.m. start time. From the moment each band played their first note until the last, fans were out of their seat dancing, with their faces beaming with pure joy. You could tell for many that this was their first time seeing live music since before the pandemic.

Blackberry Smoke delivered an unforgettable nearly two-hour-long set. Including a 16-song setlist and an eight-song encore and jam session with opening bands The Allman Betts Band and the Wild Feathers.

Blackberry Smoke began their set with “All Over the Road” then seamlessly went into “Lord Strike Me Dead” and “Waiting for the Thunder.” Later in the set, they played “Sleeping Dogs” with an interlude of Tom Petty’s “You Don’t Know How it Feels,” giving the audience a taste of covers they would later hear in their encore.

Frontman Charlie Starr’s vocals were on par as they powered through more of their hits like “You Hear Georgia”, “One Horse Town” and “Ain’t Much Left of Me.”

After their main set, they returned to the stage for an encore of covers, which was the highlight of the show. The incredible lineup of covers included “Long Haired Country Boy” by The Charlie Daniels Band, “A Fool for Your Stockings” by ZZ Top to commemorate Dusty Hill, and “Whipping Post” by The Allman Brothers Band.

Blackberry Smoke will roll through New York again on August 28th at SPAC in Saratoga Springs opening for Lynyrd Skynyrd. And again in the fall on September 26 at Saranac Brewery in Utica, NY on their “You Hear Georgia” tour. Their “Spirit of the South Tour: A Celebration of Southern Rock N’ Roll,” continues through the U.S. until the end of August.

Renee is an expert in all things content. Starting in radio and then breaking into marketing and website content management, Renee has spent over a decade in the communications space. Along her career path, she has been able to cover hundreds of artists both as a part of her job in radio and by freelancing. She specializes in rock and country concert photography but is always up for the opportunity to capture any musical moment that comes her way.

LIVE: Shinedown at the Amp